Another victory with panache for Alex Powell 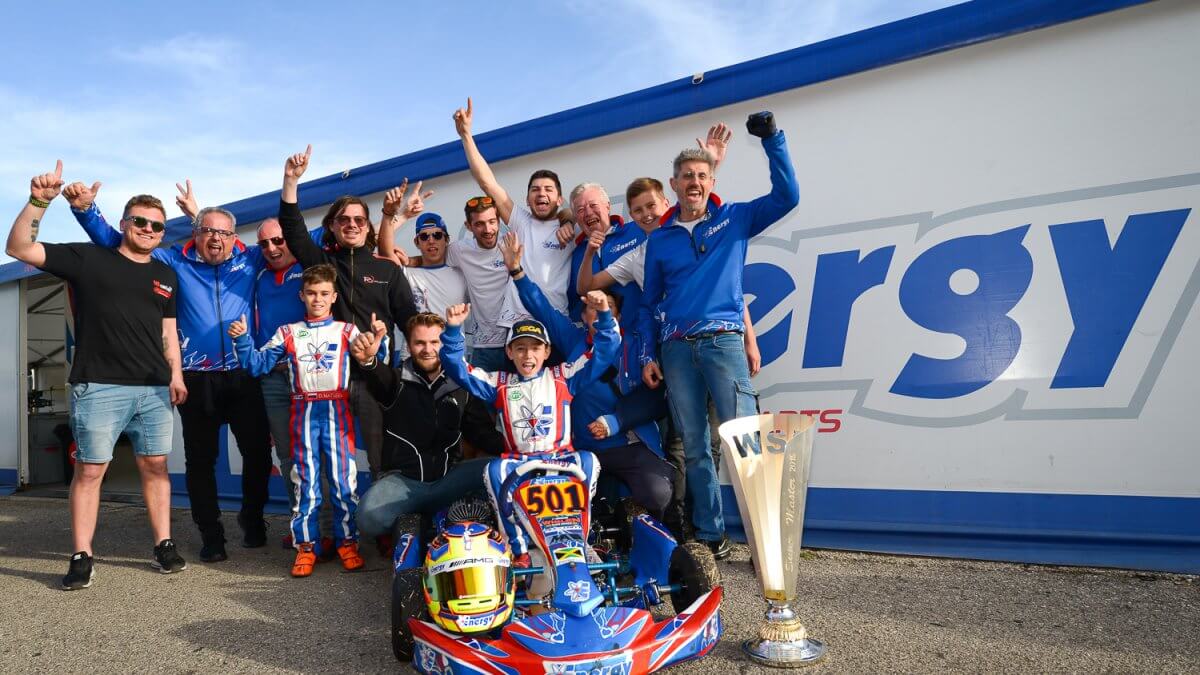 Alex Powell is continuing his success in karting. Two weeks after mounting the top step of the podium at the Winter Cup in Lonato, the young Jamaican repeated his success at the third round of the WSK Super Master Series in Southern Italy. On the way the Energy Corse team driver completed a convincing recovery from 8th place, demonstrating once again all his determination in a very competitive 60 Mini category! 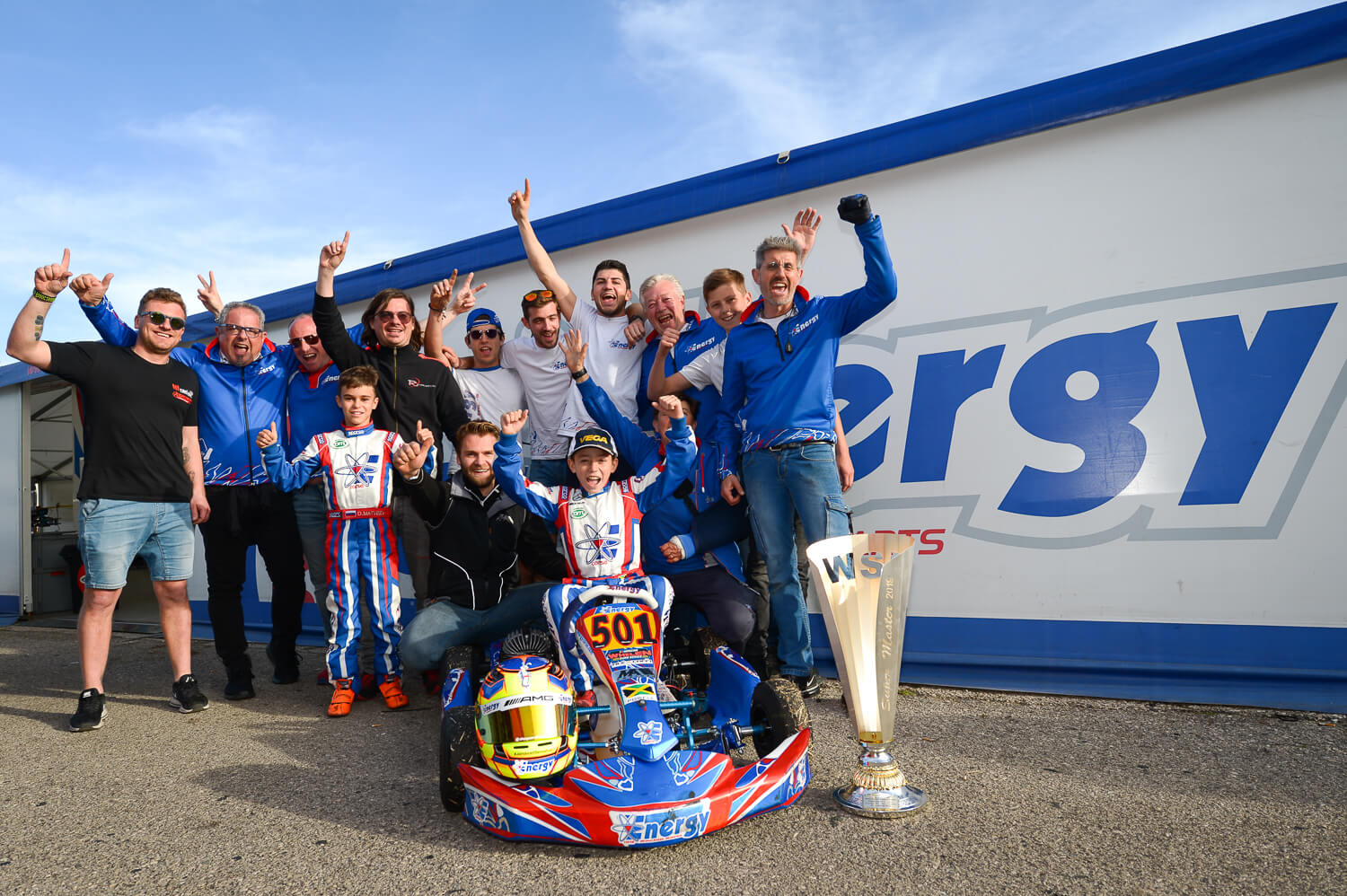 At ease in all conditions

Located in the municipality of Muro Leccese near Brindisi, the circuit of La Conca has the characteristic of high grip asphalt, which is difficult to master. “The temperatures were much higher than those encountered at the start of the season and the grip of the La Conca track is still putting the drivers to the test,” said Simone Sorio, Alex Powell’s technician within the Energy Corse team. “But I have to say that Alex managed these conditions perfectly throughout the meeting.”

It began with 8th in Qualifying out of a total of 78 drivers. The Qualifying Heats then allowed him to move up to 3rd position, thanks to successive finishes of 4th, 1st, 2nd, 2nd and 1st, with a fastest lap in the race. 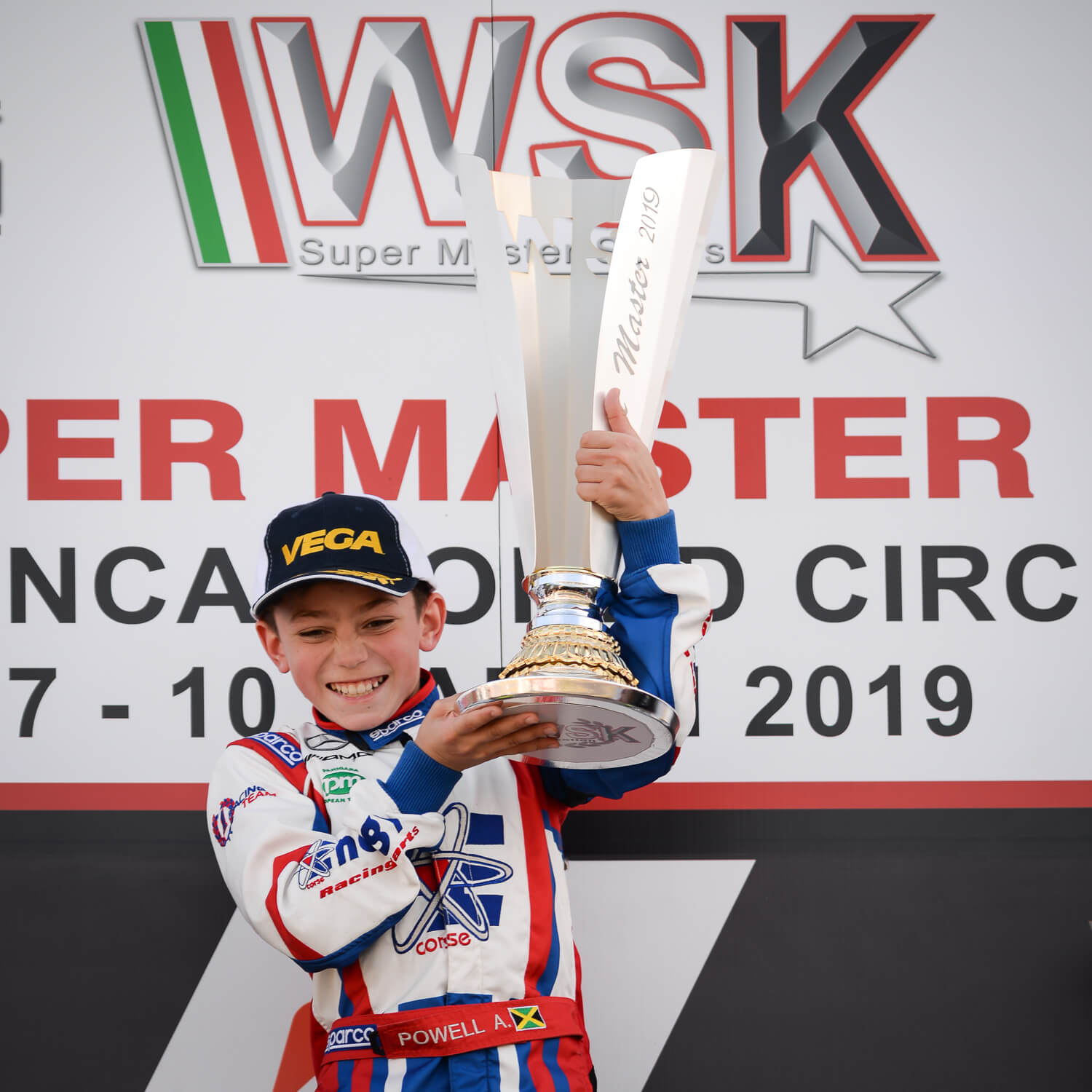 A driver and a team at the top

In his Prefinal, Powell knew there would be a tumultuous first lap and retreated a few places, which he was not able to recover from completely. But the speed, fighting spirit and determination of the Jamaican still worked wonders in the Final. In a leading group with extremely small gaps (up to 10 drivers within less than three seconds) and constant overtaking, Alex Powell was one of the most enterprising, exploiting the qualities of his Energy Corse-TM. From his 8th place, Alex quickly joined the leader, who he passed on the seventh of the 10 laps to win brilliantly.

“We really have to congratulate Alex for this victory,” said team manager Mick Panigada. “In addition to the technical team of Energy Corse, our engine and the people who support him, Alex has done a great job. Congratulations to them!”

3rd in the provisional standings of the WSK Super Master Series, Alex Powell will try to improve this position during the fourth and final event scheduled for 24th March in Sarno.