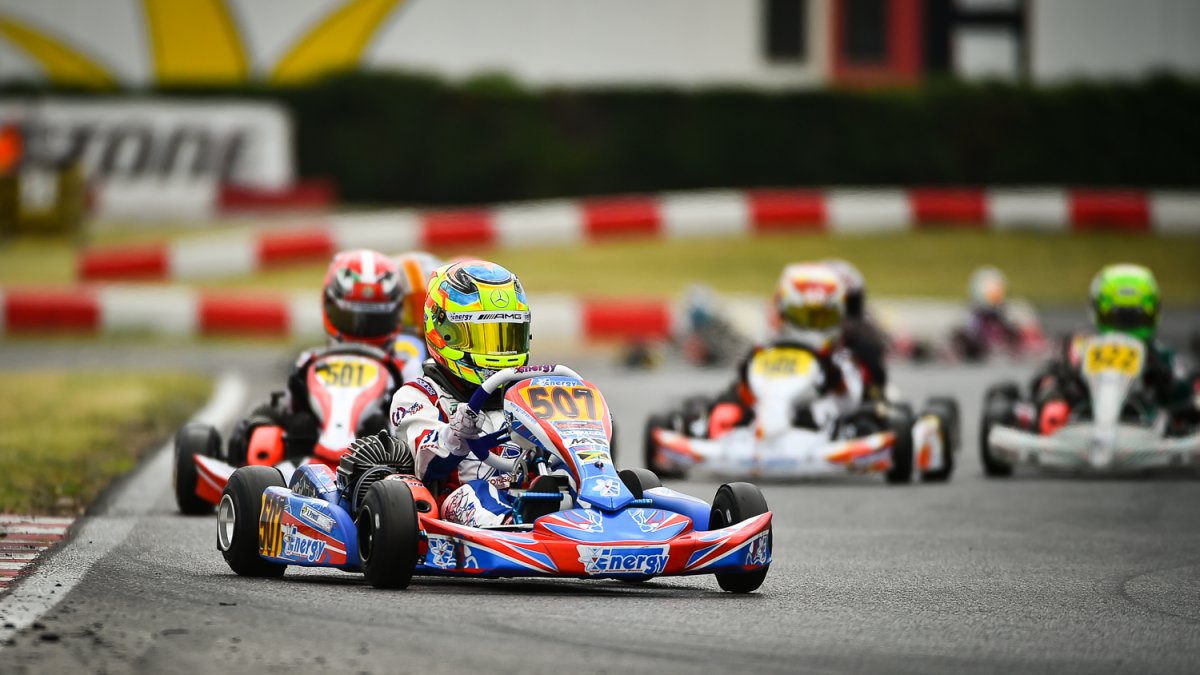 A member of the Mercedes-AMG F1 Junior Programme, Alex Powell is continuing his brilliant career in the 60 Mini category. After two new podiums including a victory, the young Jamaican kart racer has positioned himself among the contenders for the Italian Championship with the Energy Corse team. Less successful in the WSK Euro Series at Lonato, he took the opportunity to demonstrate his mental strength and to make a remarkable comeback. 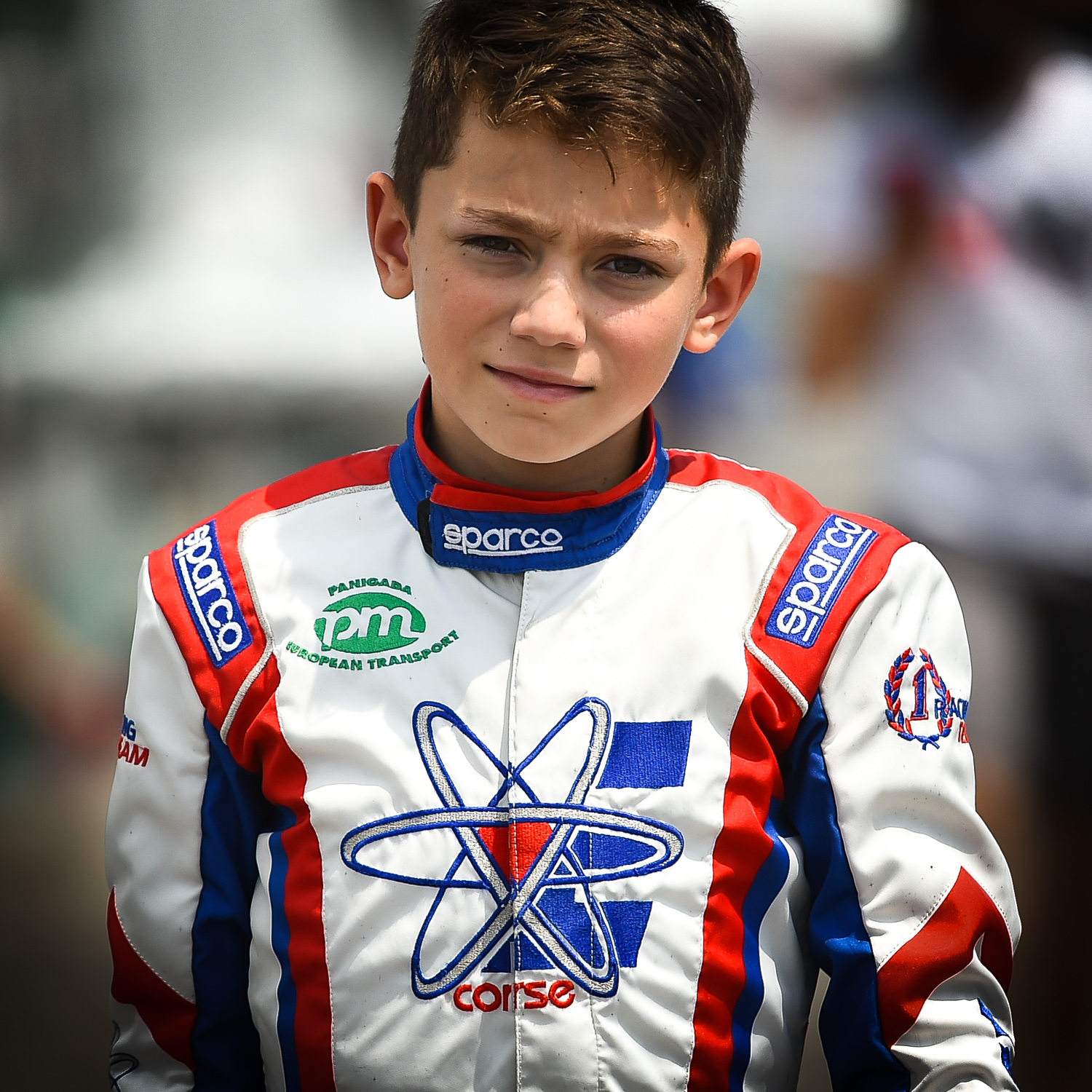 With the vast majority of the 60 Mini international events held in Italy, Alex Powell has made the European country his second home. The Italian Championship started from 9th to 12th May at the highly technical circuit of Castelletto di Branduzzo.  The Jamaican driver took three top results in the Qualifying Heats, but a scramble on the first lap of Final 1 caused him to lose several places and Alex could only save 8th place. Still determined, he took his revenge in Final 2 with a masterful victory after a faultless race in his Energy Corse-TM…

A month later in Siena, the Jamaican was in great shape. He won three Qualifying Heats out of four and secured pole position for Final 1. Again, the first lap did not go as well as it might for Alex Powell, who dropped quickly to 7th place. The win was moving out of reach, but he did not give up and crossed the finish line in 4th place. Final 2 again produced a spectacle of great intensity and Alex manoeuvred skillfully to gain three places at the very end of the race to mount the third step of the podium. He is now in 3rd place in the provisional classification of the Italian Championship after two meetings out of five. His goal of taking the title remains on the agenda…

92 drivers in the north of Italy!

The 60 Mini pack proved to be both large and talented at the third of the four events of the WSK Euro Series, organised at the circuit of Lonato which is still very popular with drivers and international teams. On the track, several battles punctuated the races and Alex could not avoid a serious racing incident. His chassis was damaged and it was to take lengthy work from the mechanics for the team to repair the equipment.

In addition, he was demoted to 25th overall in the Qualifying Heats. Alex Powell used Prefinal A to take several places, before continuing his progress in the Final. He spared no effort to overtake many of his opponents, and the 11-year-old driver eventually finished in 7th position, far from his original goal! However, Alex has increased his points total and remains a contender for the final podium of the WSK Euro Series.