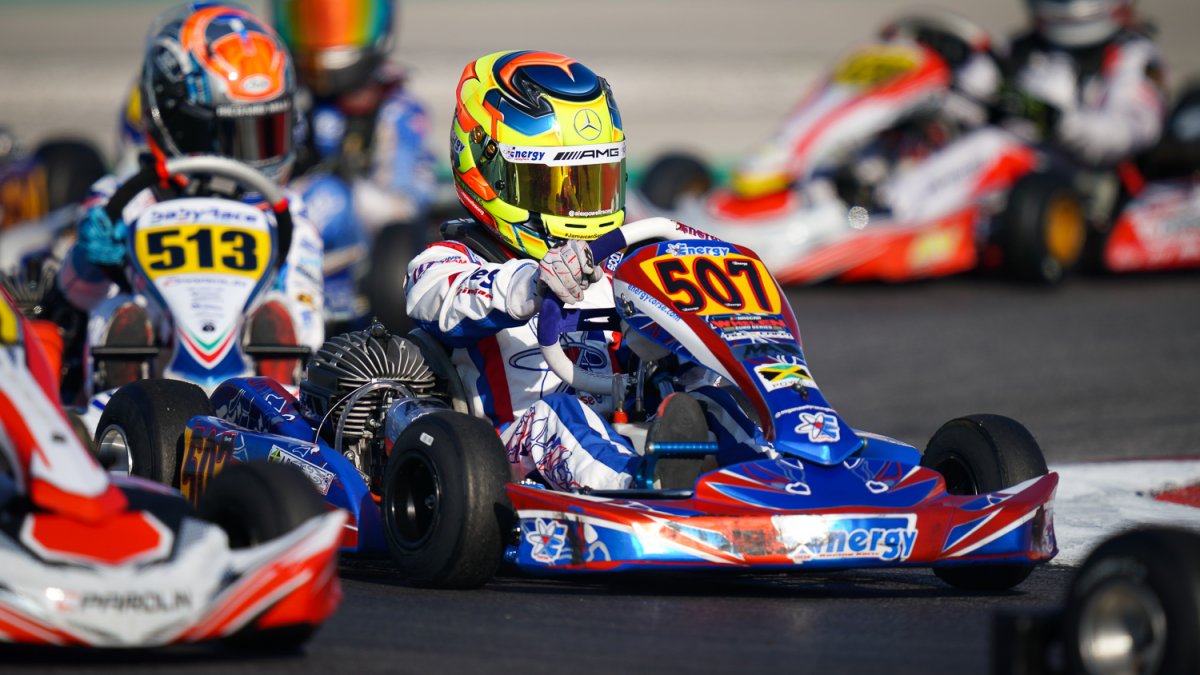 Used to podiums at the biggest international events, Alex Powell did not have the opportunity to realise his ambitions as he would have liked during the fourth and final round of the WSK Euro Series at Adria. Disappointed in a Qualifying Heat, the young Jamaican kart racer fought to climb back to 7th place in the 60 Mini category. Perfectly supported by the Energy Corse team, he nevertheless saved a place in the top five in the final standings of the series. 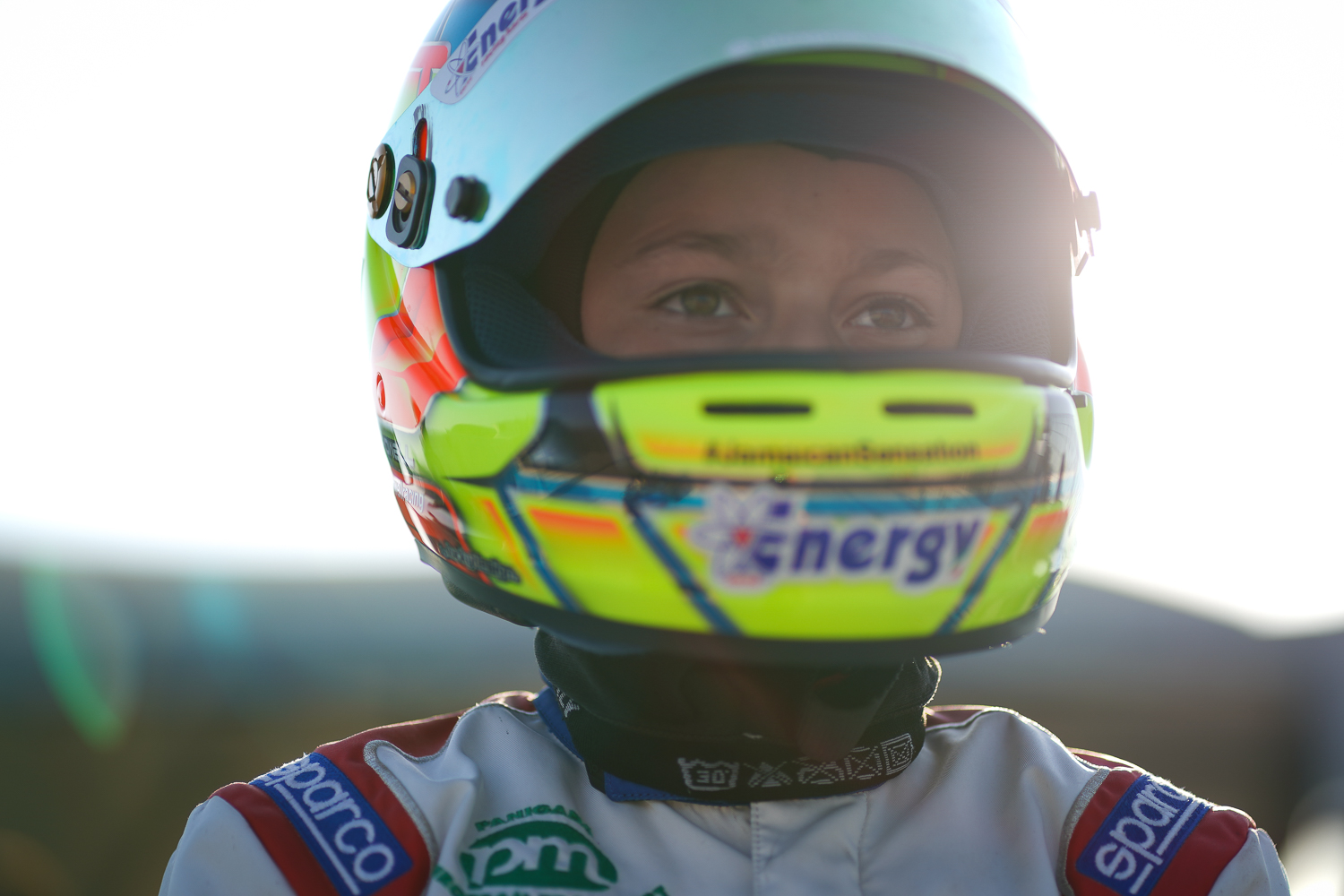 For Alex, the meeting started with a very encouraging 10th place in the Qualifying Practice, out of a total of 76 drivers, in the floodlights of the Adria International Raceway circuit. Ranked 4th in the first Qualifying Heat, he performed very well at the wheel of his Energy Corse-TM with the second fastest lap. He confirmed his form with 5th and 2nd places in the following heats, which were extremely competitive!

Alas, in the last heat started in the early evening, a collision dropped Alex to the back of the pack. During his recovery, he managed to pass more than 10 drivers and achieve the lap record, but lost a good opportunity to keep his place at the front.

“Without this incident, Alex could have been in the top six overall in the Qualifying Heats, instead, he dropped to 16th,” said Simone Sorio, who is assisting the Energy Corse team. “It’s never easy to get to the middle of the pack. The young drivers in the category are very close to each other.”

Still very competitive in his Prefinal, Alex Powell managed to gain two positions and started 12th in the Final, determined to move up. Once again, his pace in the race was very good and the 11-year-old Jamaican gained five places to finish 7th at the chequered flag. Of course, the leaders did not wait for the return of the Jamaican to take off, leaving some regrets for Alex in not being able to fight for the podium, especially as two of his team-mates made it. Finally, thanks to the many points scored throughout the WSK Euro Series, Alex Powell finished in 5th place in the 60 Mini in this high level competition.