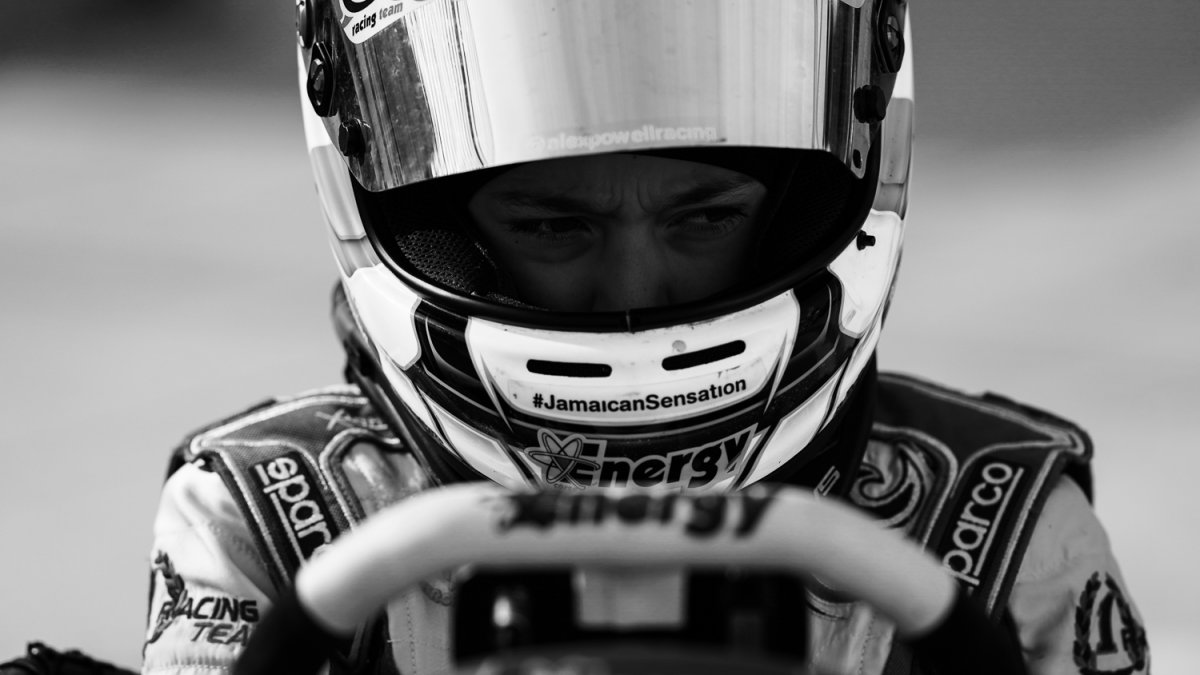 The revelation of 2018 in the Mini category, where he collected podiums and victories, the Jamaican Alex Powell has been consistently impressive during his debut on the European continent, where he raced against fast and seasoned drivers. This promising young driver has just started a new season in Mini, for which he has high hopes with the Energy Corse team. 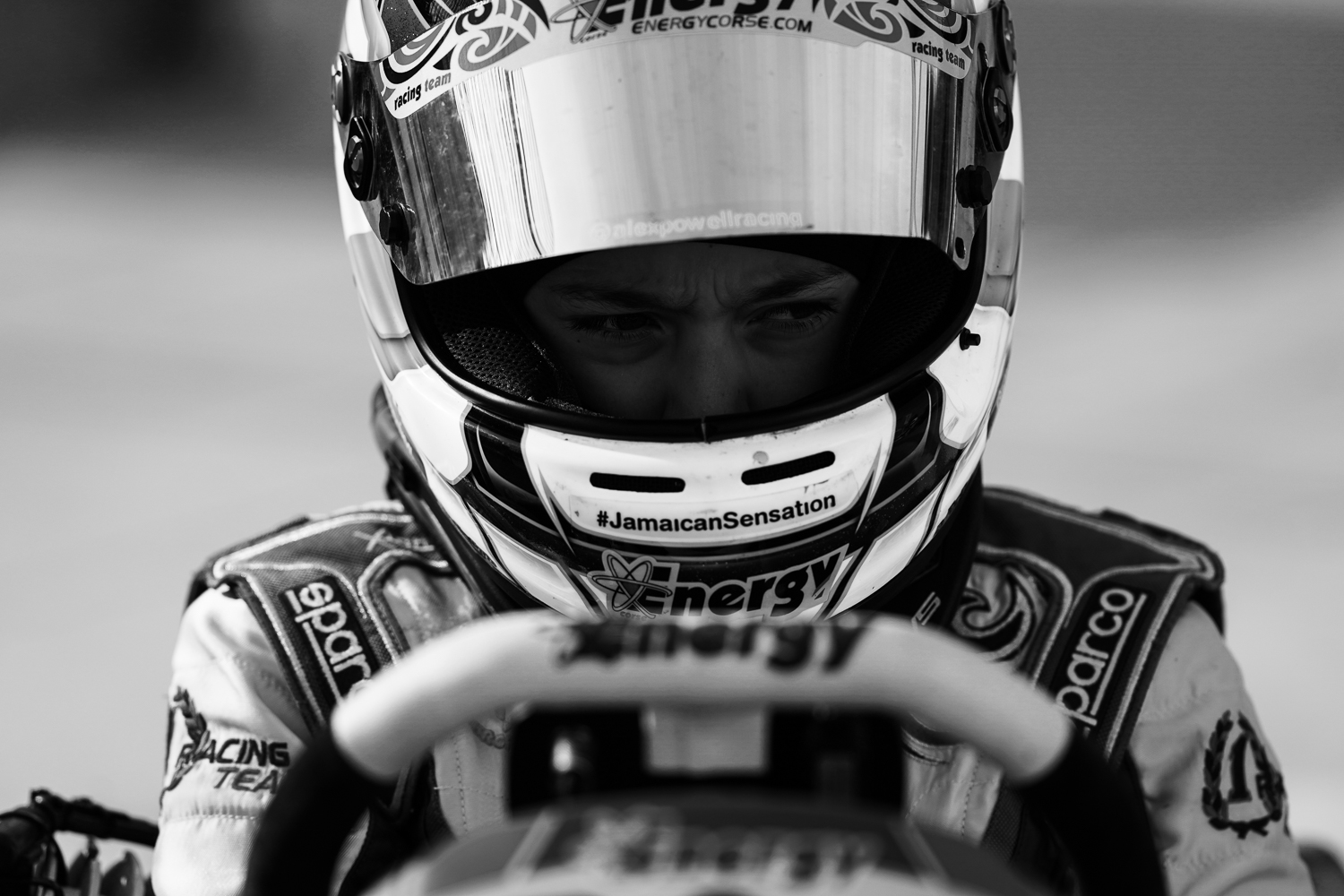 A whole team behind Alex

For Alex Powell, 2019 started with the WSK Champions Cup on 25th-27th January at the Adria International Raceway circuit in northeastern Italy. The Jamaican was eager to regain the competitive spirit that drives him. “This year, the Energy Corse team will again make every effort to ensure that Alex is in the best position to achieve his goals, as we do for all our drivers,” commented Mick Panigada, head of the team. “With Luigina Guerrini, our team manager, and Simone Sorio, who is assisting, he knows he can count on the experienced technicians around him.”

In addition to its Energy Corse / TM kart in constant development, Alex Powell is continually improving thanks to the advice of his coach Mike Wilson, the most successful driver in the history of karting. 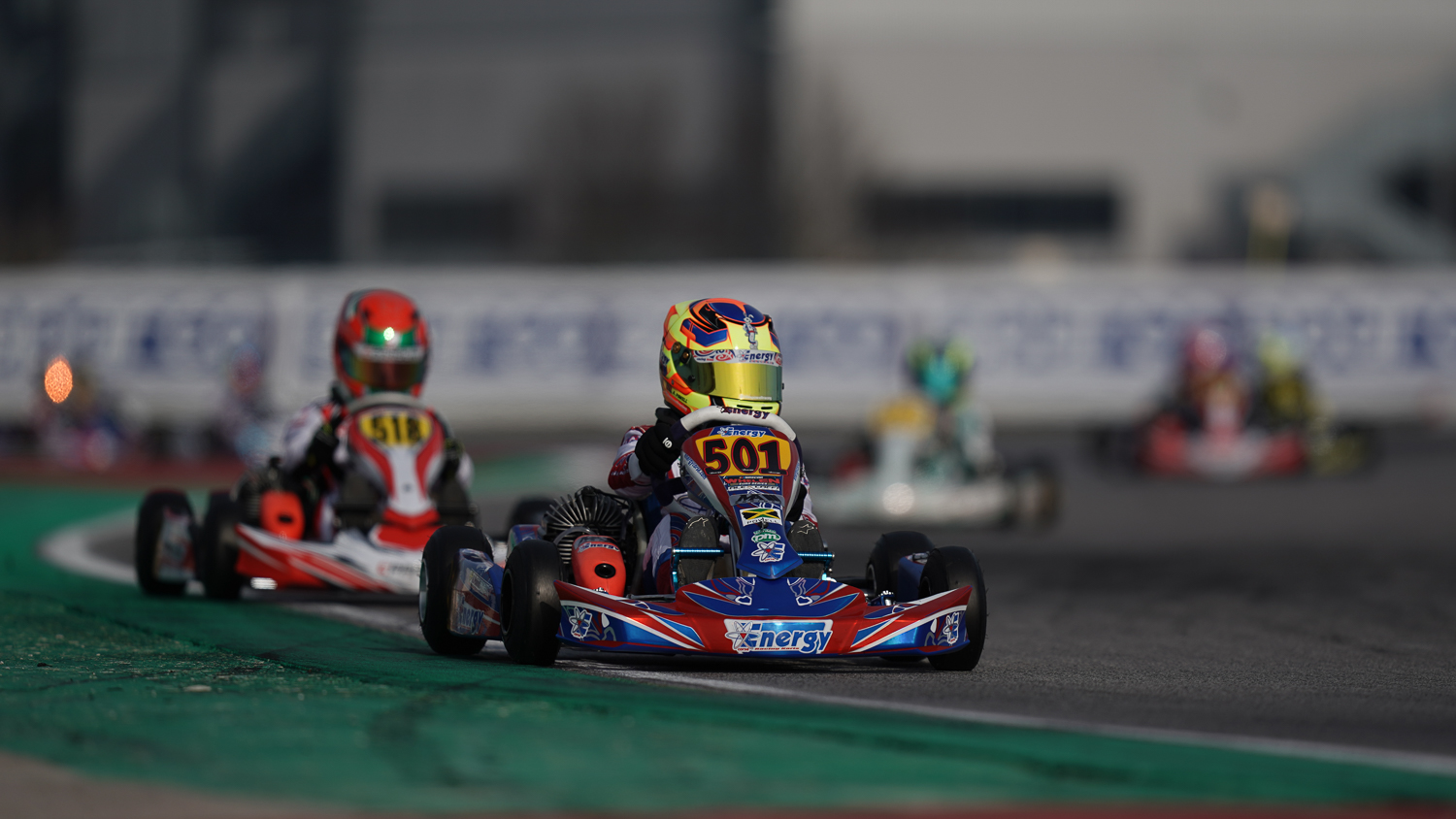 At Adria, Alex Powell has collected leading performances. Ranked 8th in the overall standings out of 82 drivers, he won three of his heats and was on the front row for his Prefinal. On Sunday, intense duels took place between multiple contenders for victory. After incessant and sometimes robust attacks, Alex had to be satisfied with 9th position in the Final. “The current standard of 60 Mini is even higher than 2018. There is very little between them,” confirmed Mick Panigada. “And even though Alex was one of only three drivers out of the 34 finalists to drop below the 55-second mark, the race did not work in his favour, even though he had already finished 5th in the combination of the Prefinals.”

But a big programme of races is in prospect in 2019 for Alex Powell, who has already decided to regain the podium as soon as possible…