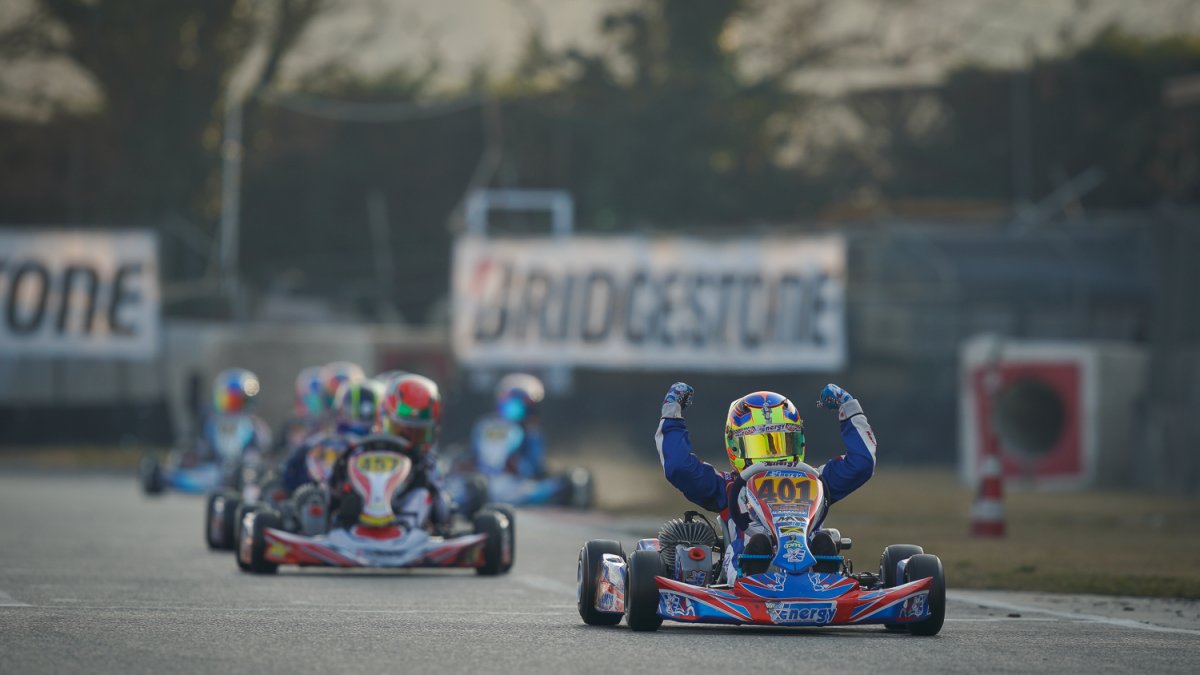 Since its inception in 1996, the Winter Cup has revealed many great karting and car champions. This race is never easy to win because of the number of entries and the standard of the participants. On the ruthless circuit of Lonato, Jamaican Alex Powell patiently built the path that led him to victory in the Mini Rok category, after battles won with determination and competitiveness. The work done with the Energy Corse team was still paying off. 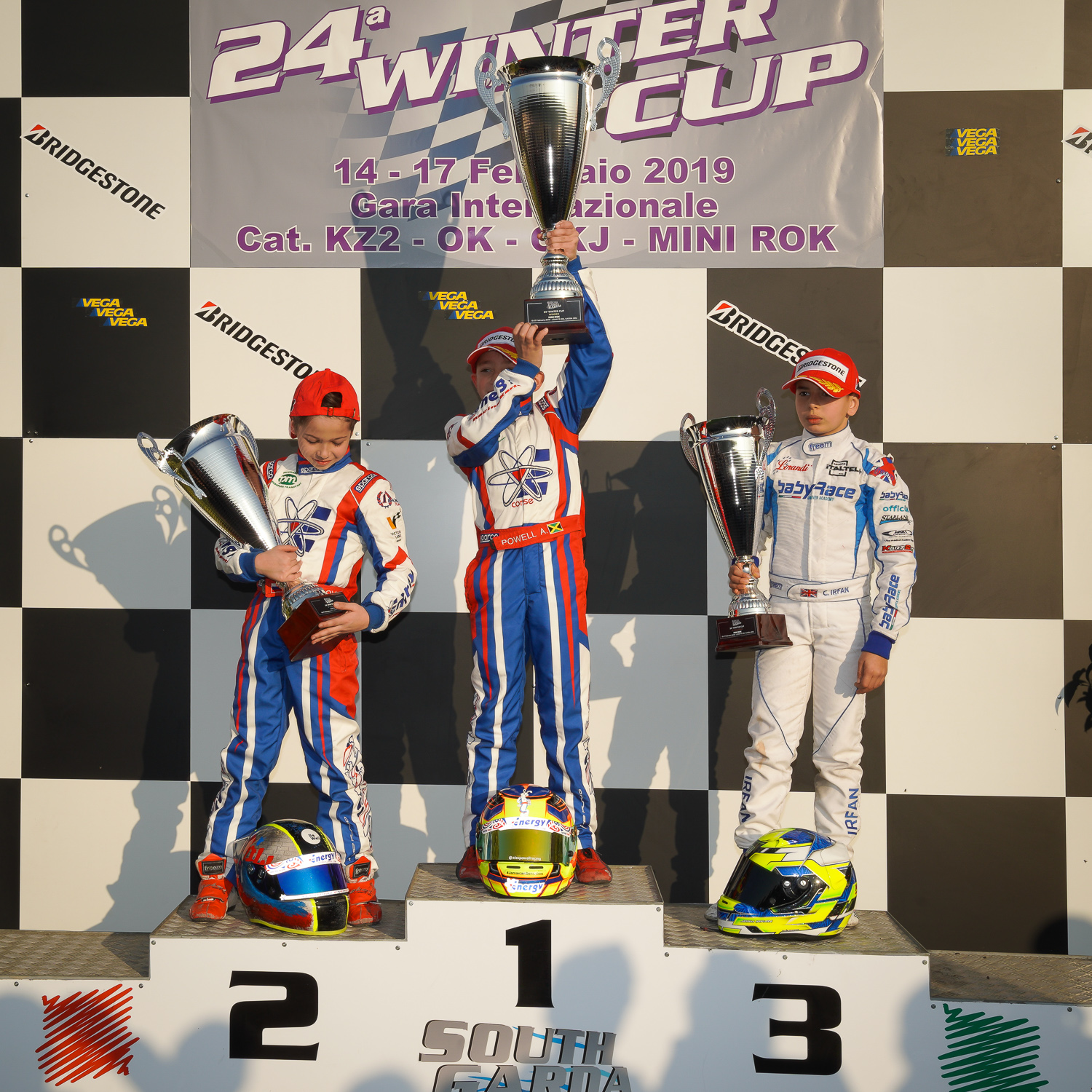 A clear run starts in Qualifying

The first two events of the 2019 season had of course reassured Alex Powell about his speed at the wheel of his Energy Corse chassis, but the results had left the Jamaican driver hungry! Although he is only 11 years old, Alex is hungry for victory and his will to win materialised in a perfectly managed Winter Cup. “With only three heats on the programme, we told Alex that he did not have a chance to make a mistake and he perfectly fulfilled his mission by successively finishing 3rd, 1st and 2nd. That allowed him to go back to 3rd overall,” said Simone Sorio, the renowned technician who provides assistance. 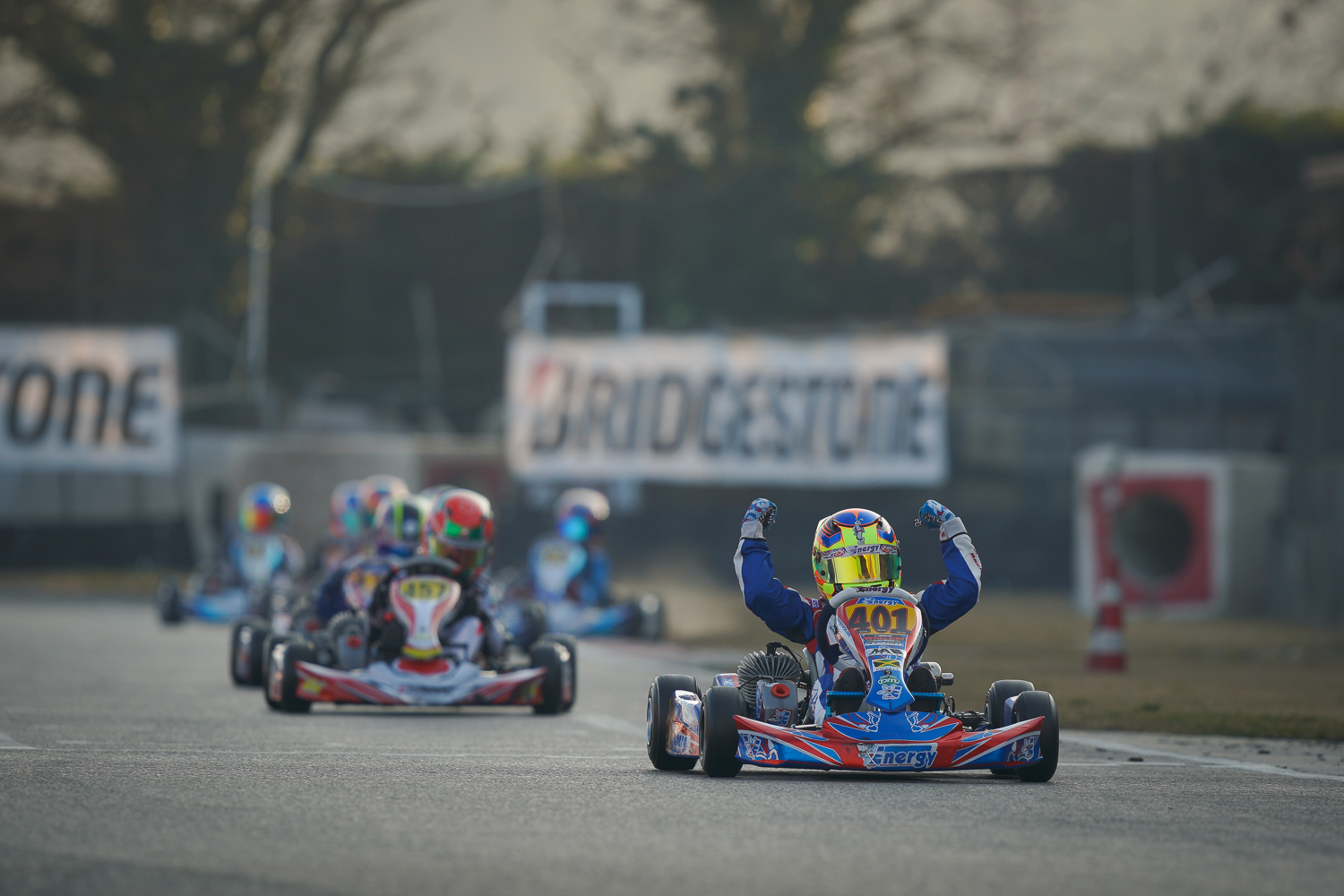 Wisely finishing 3rd in the Super Heat, where he had more to lose than win, Alex was to take part in an incredible Final. “I struggled to keep my place at the start, there was a lot of jostling at the beginning of the race and I was only 7th at the end of the first lap,” commented Alex. “I stayed focused and immediately went on the attack. I was able to gain two places on the second lap and one more two laps later.”

A duel of rare intensity continued in the closing stages of the Final, with frequent changes of position. Although he managed to take the lead, Alex Powell was suddenly relegated to 3rd position at the start of the last lap. Helped by perfectly prepared Energy Corse-Vortex Mini Rok equipment, the young Jamaican completed a perfect end to the race to take the lead and cross the finish line with a great victory watched by his coach Mike Wilson, the six-time World Karting Champion.

Like many great champions of motorsport, Alex Powell has written his name in gold letters in the list of winners of the Winter Cup.