Another top five for Alex Powell after an incredible Final 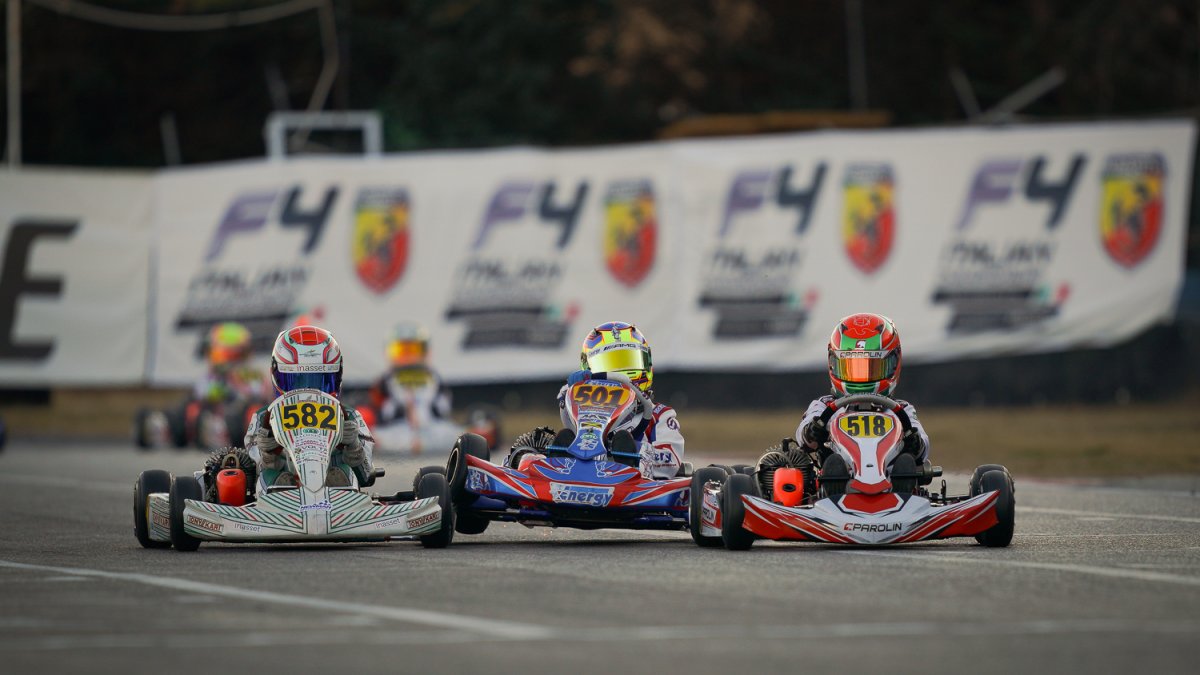 In the sun, with very high temperatures for the season, the second WSK Super Master Series event was instructive for Alex Powell, who confirmed his constant presence at the forefront of the 60 Mini category. The high standard of performances continue for the young karting hopeful. In the fight for victory until the last corner at the famous circuit of Lonato, the Jamaican driver from the Energy Corse team found himself caught in a scramble and had to be satisfied with 4th place.

At the heart of the pack

Already noticed by decision makers in motorsport, Alex Powell has again shown his talent on the circuit that serves as a reference testing base for the biggest international teams. The contenders for victory are still numerous at South Garda Karting and this new race was the proof. Well managed by the entire Energy Corse team, he was determined to recover after a penalty incurred on Saturday. ”Overall, the Qualifying Heats were good, as I finished 4th three times and 3rd once with a fastest lap in the race,” commented Alex. “But in another heat that I had finished in 2nd position, I was one of several drivers to be surprised by a race neutralisation and overtook involuntarily during this period. I received a 10 second penalty and lost several places in the accumulated points from the heats.”

Four drivers in one tenth

Fortunately, Alex Powell completed a superb Prefinal and took advantage of his competitiveness to win his place on the second row for the Final. But the Jamaican did not stop there. Thanks to a strategy of attacking at all times, he managed to go back to 2nd position, then put pressure on the leader. But while he thought he had found the opening in the last corner, the two drivers behind him took the opportunity to try to overtake. There were no less than four karts attacking on the final straight up to the line! Alex suddenly found himself trapped between two karts and lost some precious hundredths in the fight.

Although close to going off the track, he managed to cross the finish line, but the podium, or even the victory, had disappeared. This 4th place in the Final and the points gleaned during the weekend allow him to move up from 5th to 3rd overall and to remain a contender for the title in the WSK Super Master Series.